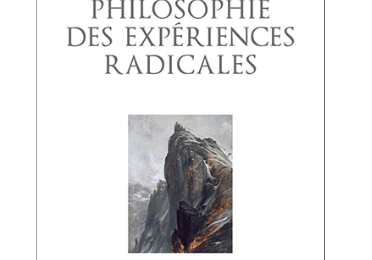 Are our ordinary experiences enough to give meaning to our lives? Are there not, on the contrary, exceptional, rare, superior experiences that break with the ordinary and make us touch something deeper, more real, more absolute? The philosophers of radical experience maintain that there is a difference in nature between two great types of experience: on the one hand, practical, habitual, empirical experiences, which keep us in a regime of appearances; on the other hand, privileged experiences, such as mystical ecstasy, erotic effusion or the exaltation of the festival, which transfigure the individual who lives them, transporting him or her into a space and time of their own, imposing new values and revealing the depths of things beyond the appearances.

Stéphane Madelrieux analyzes French philosophy through the prism of this search for radical experiences by distinguishing two paths: that of pure experience, implemented by Bergson, Wahl and Deleuze, and that of limit-experience, which Bataille, Blanchot and Foucault pursued up to the end. In this effort to develop a new philosophy of experience, French thinkers encounter another contemporary attempt of the same kind, that of American pragmatism, from which they sometimes draw inspiration but which could well provide the instruments of their most decisive critique.